We are very excited to announce that we are now making the Runbox 7 App available as open source software!

Runbox 7 is our new Webmail service currently in open beta, featuring unprecedented email indexing and search capabilities. It’s the first product whose source code we are making publicly available, and marks a major milestone for Runbox.

Open source software powers most of the Internet, and makes up a large part of the platform Runbox is running on. Now Runbox 7 will become part of this global collaboration, and you can join in by visiting the Runbox repository on Github: https://github.com/runbox.

Why we are going open source

Runbox has utilized and promoted open source software since the very beginning, and we owe much of our success to the open source community.

Now we’re contributing back to the community with the front-end of Runbox 7, which will allow others to review our code and verify that it’s safe and secure.

It also allows others to copy and modify the codebase for their own use, and contribute back to Runbox and our community.

Additionally it means that we will automatically publish the Runbox 7 changelog and issues, and even let Runbox users create issues for bug reports or feature requests.

Why we chose GPLv3

It was important to Runbox that we ensure that any derivative work remains open source, which the GNU General Public License does.

Another reason for selecting the GPLv3 license is that Runbox 7 utilizes the open source Xapian search engine library which is licensed under GPLv2. 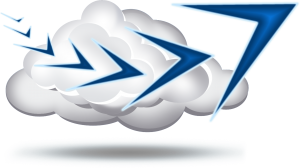 Runbox 7 isn’t merely an upgrade to our existing services, it’s a bold step into a new world of synchronized Webmail apps that provide unprecedented speed and usability.

In the future we plan to publish the entire Runbox 7 codebase including the backend, but you can already develop the Runbox 7 App while using the Runbox servers as the backend.

More information about this can be found at https://github.com/runbox/Runbox7.

Ready to give it a test drive? Head to https://runbox.com/app !